Our Advisory Council1 is made up of a group of clients and industry experts that acts as a board of directors for the firm. We meet twice yearly to discuss service initiatives and other major strategic decisions for the firm.

Steve is the CFO and General Counsel of NewRoad Ventures. Prior to joining NRV, Steve was a partner in the mergers and acquisitions and private equity practice group with Friday Eldredge & Clark, Arkansas' largest law firm from 2003 until 2013.

Jon is the Chief Financial Officer for K-Mac Enterprises. Jon serves as a Director on several outside boards, including Foodservice Insurance Group, Arkansas Children's Hospital NWA, BluBridge and serves on the Elder board of Fellowship Bible Church NWA. Jon holds a BA degree from Drury University with double majors in Business Administration and Economics and a MBA degree from Missouri State University. He and his wife Joanie reside in Fayetteville, AR.

Jeff is the Senior Vice President of Men's, Children's, Baby and Shoes at Wal-Mart U.S. He is a native of Boston.  Jeff was awarded the prestigious SVP Business Unit Leader of the Year at Wal-Mart for 2013.  He enjoys tennis, golf and skiing.  He and his wife Krista reside in Rogers, AR with their three daughters.

Matt is a pilot for Walmart.  He is among the staff of pilots who fly the company’s North American fleet of Learjets throughout the continental United States, Canada, Mexico and Central America. Matt and is wife Karen reside in Rogers, AR with their son Cooper.

Trent is the Senior Director for Pickup Assortment at Walmart. 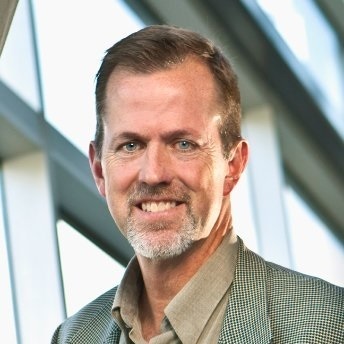 Jeff is the Founding Principal of Startup Junkie Consulting, and was previously the Associate Vice Provost, Research and Economic Development and Director of the University of Arkansas Technology ventures team. He currently teaches entrepreneurship at the Sam Walton College of Business. Jeff has become a key leader in the state of Arkansas involved with the creation of the venture/startup ecosystem.

Chris is the founder and  president of Freedom 5:one Ministries. He received a bachelor's degree in Finance from the University of Arkansas, and directed the college ministry of Student Mobilization at the University of Central Arkansas for ten years. Chris then received a Masters degree in Theology from Dallas Theological Seminary in 2007. He is a member of the Fayetteville Chamber of Commerce and of Rotary International. He lives in Fayetteville with his wife Tiffany and four children.

Courtney graduated from the University of Georgia with a degree in Journalism. She is currently a yoga instructor, and previously worked for InterfaceFLOR. She also volunteers at the Mercy Hospital Ronald McDonald Family Room, and is a member of the GoRed for women campaign for the American Hearth Association. She lives in Rogers with her husband Matt and their two sons.

Nathan is the Senior Vice President of Operations, Intermodal, for JB Hunt, and has been with the company since 1991. He enjoys golf and Razorback sports. He and his wife Serena live in Rogers.

Allyn attended the University of Arkansas where she served as captain of the Razorback Pom Squad. Allyn formerly worked for Arvest Asset Management and Saatchi and Saatchi X. She currently works for the USTA as a coordinator for adult tennis in Northwest Arkansas. She lives in Springdale with her husband Aaron and their three children.

Braden graduated from the University of Arkansas and was the founder of Pinnacle Hills Financial Services. He joined Wal-Mart in 2012 and currently serves as a Senior Manager of Logistics Finance. He lives in Rogers with his wife and two kids.

Jennifer attended Kansas State University and received her Masters degree in Finance from Rockhurst University. She was most recently a Finance Manager at Kellogg's. She and her husband Paul live in Bentonville with their two kids.

Charles served in many roles over his 25+ year career with Wal-Mart. He was promoted to Treasurer at the age of 31 and retired as a Senior Vice President in charge of Compliance, Security and Risk Management. He is currently a Strategic Advisor at NewRoad Ventures and co-owner of the Cabins at Big Springs. He lives in Bentonville with his wife Brenda, and are grandparents to three grandchildren.

Richard is a graduate of the University of Central Arkansas and the founder and CEO of ARSCO roofing. Richard and his wife Peggy serve in church, community, and service organizations and have been on several mission trips to Haiti and Mexico.  They are the proud grandparents of six fabulous grandchildren.

Brent was a co-founder of SideStep, the first Travel Search Engine, which was acquired into Kayak. Brent is a founder of BG Consulting and Technology that focuses on the travel industry.  Brent and his wife Beverly live in San Jose.  Brent is an avid golfer.

Melinda studied Communications at the University of Arkansas. She currently works part-time as a commercial talent agent and an artist. She and her husband Mike live in Dallas with their two children. Melinda enjoys painting, interior design and being a wife and mother to her two very busy kids.

Jason received his BS in Computer Science from Harding University. He has worked in many IT roles and is currently the Information Services Manager at JB Hunt. He lives in Rogers with his wife Christy.

Pam received her undergraduate degree from Baylor University and a Masters in Marketing Research from the University of Georgia. She is a respected specialist in the category of Consumer Insight and served most recently as a Vice President Consumer Insight for Wal-Mart. Pam is currently on a sabbatical volunteering with church and local organizations. She lives in Bella Vista, Arkansas with her two daughters.

Amanda is a Senior Shopper Marketing Manager at Coca-Cola North America.  She previously worked with Nestle Inc. and Saatchi and Saatchi X.  She is a die-hard Razorback fan and enjoys road running and spending time with her family.  She and her husband live in Rogers, AR with their two children.

1. The members of the Integrity Capital Wealth Management Advisory Council are not affiliated with LPL Financial.